Maybe we should save all that rage for something more important What's wrong with that?? I partially agree with Ms. Summers - I am not sure that we can make the leap from what this book does to mock the Mexican culture to the action of stop and frisk. Yes, racism leads to stop and frisk and racial profiling, but this example of racism probably doesn't cause all those things. With that said, I disagree that this book was all in good fun or just using imagination. My husband and I speak primarily Spanish at home.

I am white and he is from Mexico. I started reading my son the book, but stopped because I was so offended. Like this article says, not a good example for teaching my bilingual child. It could have had a good story line, the idea of a cat seeing himself as a chihuahua in the mirror is good. Just should have collaborated with a Mexican author to tactfully incorporate the Mexican culture into the book. Instead the book mocks Mexican culture.

It's like wearing a sombrero and a mustache for Halloween and trying to use a Mexican accent. Adding "o" to the end of any word does not make something Spanglish. Spanglish is mixing Spanish and English words in he same sentence. Like "el baby" instead of el bebe or the baby.

I'm so glad I am finding this type of review.

I have long despised these books, and thought I was alone fwiw, I am an anglo male. I also think that the rest of the family is stereotyped African-American. At least there are others who see this.

Yeah, my wife had me read this and half way through, I was disgusted! She demanded I finish it, for some reason, but I shelved it. I just found it again and ripped it up and trashed it. I don't think destroying a book is the answer. It recalls for me the burning of books. The use of real Spanish words in proper context in these books is often ignored. As a Latina, a mother and lover of children's books, I disagree. I always thought that was part of the problem. Having half a dozen actual Spanish words and then two dozen fake Spanish words without bothering to differentiate.

Yes, ignorance is taught and the people being victimized are often taught to accept it as "usual" treatment. I teach second grade in a community of English Language Learners. The children are first generation American citizens, their parents are immigrants, from Mexico, primarily.

My children practically roll on the floor with laughter when I read these books aloud. My Spanish speaking children enjoy the books because they can relate to them, and understand the "Spanglish". Wow, such over sensitive little yuppies. I do not see a direct line where this book equals racist hate toward the latin community.

A cat thinks it is a dog, thinks it speaks spanish suddenly equals racism which also means they are a trump supporter?!?!?! If that is the case, why aren't the same ignorant trumperters crying fowl because it portrays a cat that feels it should have been born as a dog?!?!?! You little babies are making a mountain out of a mole hill. Racism was becoming a dying thing until Liberals realized there is money to be made in exaggerating anything into the "next civil movement.

Keep fanning the flames of violence, hatred and ignorance. This is a fun book that many kids read and enjoy the story of the protagonist being the traditional heroic romantic mexican figure such as Zoro but in a childish setting. Many kids do not suddenly embrace swastikas after this. Come off your soap box, open your eyes and take a breath, it is ok.

Please take your Anti-Semitic attitude and stuff it! As a teacher I wish you would be more open minded and sensitive to the potential harm you are doing to your students.

Instead why not offer them genuine stories they could relate to with real Spanish instead of mocking stereotypes and made up words. Too many tamales is a good one! Also low riders in space which was actually written by a Mexican American artist who wanted to have more characters that he could see him self in as a kid. I'm with you on this one. I always read new books before putting them on the shelves in my classroom, and this made me highly uncomfortable, as do the comments of the people disagreeing with you above.

Not only is the butchering of the Spanish language disgusting, I am also appalled at each book begins with mother telling Skippyjon Jones that "no self-respecting cat ever [associated with different species]". Self-respecting cats and kids must keep to their own, of course! There is no place for these messages in children's literature if we wish to create a world of thinkers and doers. 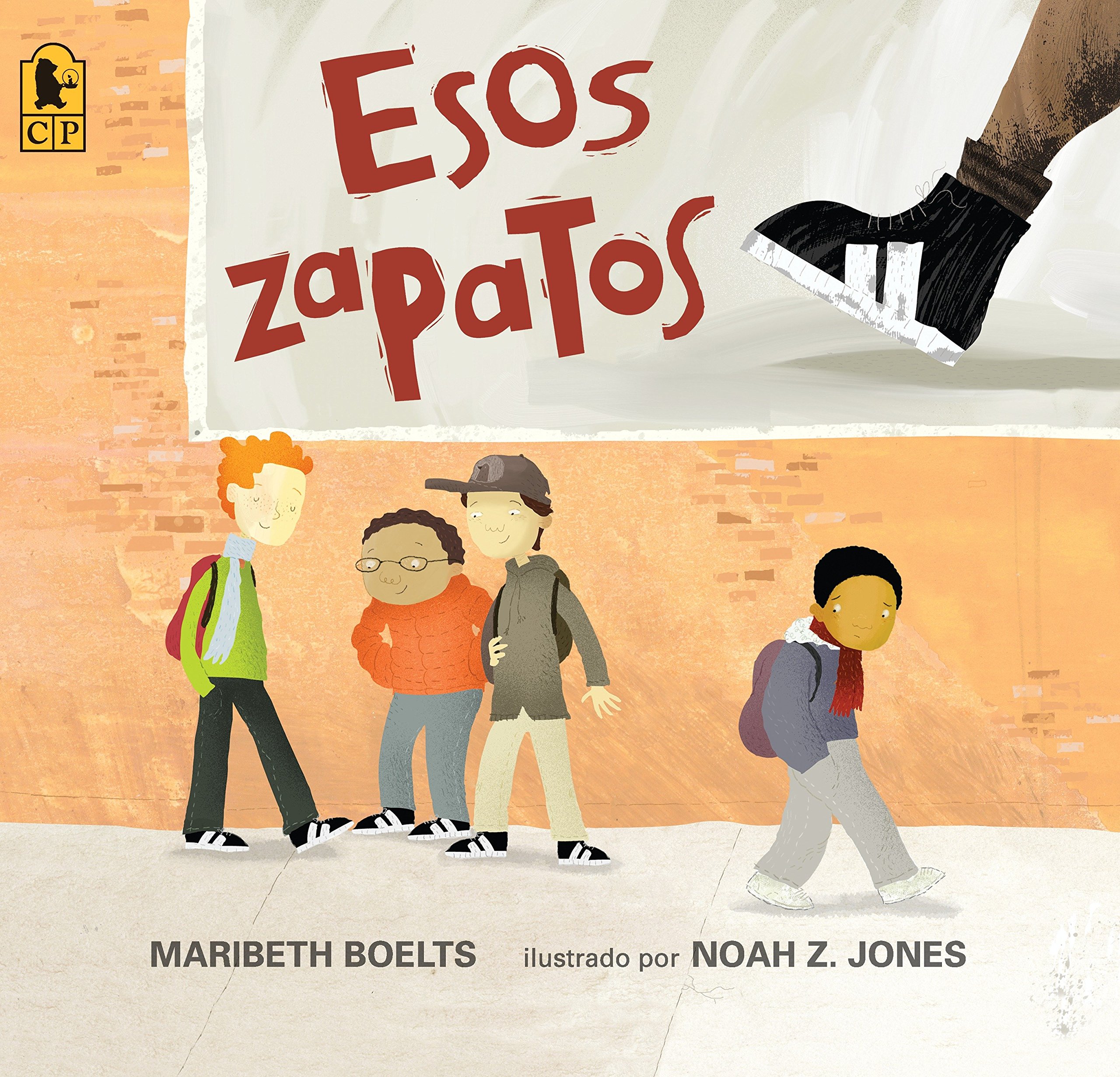 Feeding children these messages from the get-go and cleverly disguising them as funny animals is one of the most atrocious things we can do to the up and coming generation. A person that understands!! I love these books!!!!!! I've generally been uncomfortable with the books but surprisingly most of the Latina staff at my library love them.

Kids play with words. English words are made up in some stories. I also agree that they include stereotypical images. Surprisingly, so do a lot of Mexican restaurants even when owned by Latinos. I can see how the masses might not readily see how these are problematic. But if you've read this post and are still willing to champion these books, then you are either a dense or b racist.

The books are fun, nothing more, and nothing less. Stop getting your racist-focused panties in a wad.

If people choose to not think these are racist, that's fine. I'm not trying to patrol how anybody thinks.

But if we were to "translate" this book to being about chihuahua who wanted to be a siamese cat, you can be relatively certain that he'd talk like "Ching chong ding dong" - because that's all that "ito" and "name-o" stuff is, the most remote idea that people who speak Spanish sound "that way". It makes me kinda sad to see "Little kids don't even notice!

But hey, I guess people who don't want their children growing up thinking ethnic groups can be lumped together and summed up with incredibly broad generalizations are just race-baiters and PC lunatics. Thankfully there are more children's books than anyone could ever have time to read.

Skippyjon Jones got about 60 seconds of my daughter's time before we moved onto something that didn't feel palpably ignorant. I brought a SkippyJon book to a multicultural graduate class made up of several immigrant Latina women, several first generation American women of Hispanic descent, one black women and several Anglo women including myself. We read the book and then discussed it. The first generation American women of Hispanic descent found it very funny. The immigrant Latina women found it offensive but were hesitant to tell us why.

After we located the stereotypes and disrespect of Hispanic culture we were all in agreement that the book has many problems. I think this is a classic case of the how dominant culture puts pressure on people to conform. I wish American culture would embrace all cultures of the world and this country would be a much richer place to live. Thank you for trying to bring this cultural awareness to more people. Yeah, American culture doesn't embrace other cultures at all Heavy on the sarcasm here Lots of fun places to eat and cultural events that draw lots of people to them so Americans can see what makes up other cultures.

How rude of Americans!! This nation is not diverse at all and yet we force millions of people to come here, legally and illegally. Wait, I am wrong. America is a rich and diverse place. The culture here is a safe haven for freedom. Before bashing on how awful Americans are, figure out why people want to be here or come here? Yeah, things can be improved everywhere in the world, but it has a better chance here. That is why people come here. I am tired of being portrayed as the evil white american christian male that supposedly suppresses anyone that is different from me. Yet, I have many friends from various backgrounds, I try to make lives of everyone around me better, regardless of ethnicity, gender identity, sexual orientation, economic state, drug abuse, religion, age.

But it is ok to label me as evil though, or call me a trump supporter the guy is very rude and demeaning. People, just have fun, enjoy life. I was asked to work on something for the publisher of SkippyJon Jones and I told them that I felt the books were stereotypical. They said I didn't have to include the books in the section I was doing, but they would remain in the over all piece.

The staffer said SkippyJon Jones is an "important" franchise for the company and they needed to include it. It comes down to money. If the book doesn't sell, it will go the way of Little Black Sambo and the Five Chinese Brothers, books people loved back-in-the-day but are stereotypical and racist. Don't buy it and share your critique with people. Change is slow, but it seems to come eventually. Both books are still in print and if Amazon reviews are any indication, they continue to do well.

Rich Garcia you perfectly exemplify the reverse of your own argument. How presumptuous of you to insist you know anything of her background because of a name, which, in the case of any person, could very well be a married name. I laughed at the first book but felt something nagging at me. It took awhile but I realzed later how easily I had accepted the stereotyping. Notify me of new comments via email. Leave a Reply Cancel reply Enter your comment here Fill in your details below or click an icon to log in: Email required Address never made public.